There’s no escaping the sun out on the boardwalk of Mer Bleue Bog. The leaves of stunted paper birch and tamarack provide little shade. So I’ll admit I was a little worried when I was slated to lead a Field Botanists of Ontario Hike there on a hot and muggy Saturday in May, when the temperature soared to 31°C.

My concerns were unfounded though, as the experienced participants showed up well prepared for a day in the sun. We thoroughly enjoyed the hike around the bog, braving the decidedly hot conditions in order to view Mer Bleue’s unique plants, many of which are normally found only in the boreal forest, and some of which can even be found in the Arctic. 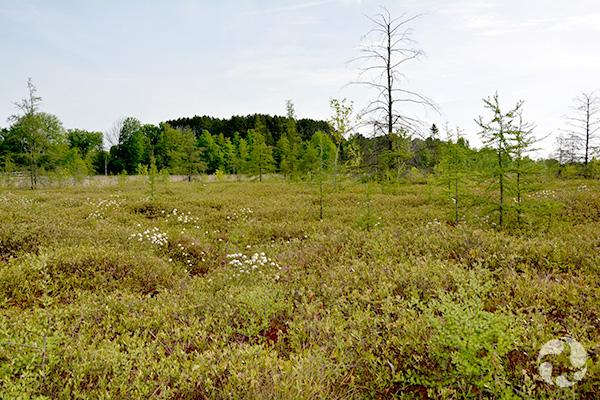 Mer Bleue is a large peat bog in Ottawa’s east end, and my go-to spot when I’m looking for a botanical change of scenery. The surrounding conservation area is laced with hiking trails through maple (Acer sp.) and aspen (Populus sp.) forests and an old red-pine (Pinus resinosa) plantation. A boardwalk takes visitors out into the heart of the bog itself. This is where you can really see the northern plants; the acidic bog conditions are similar to environments further north, such as near Hudson Bay.

Out on the bog, black spruce (Picea mariana) and heathlands (shrublands made up of members of the blueberry family) are common, but peat mosses (Sphagnum sp.) dominate the hummocky landscape, dotted with various other moss species.

Mer Bleue is a unique site in the capital and a botanical gem in the Ottawa area. The next time you find yourself in the area and in need of a quick “Northern” fix, pay it a visit, just like our intrepid Field Botanists. 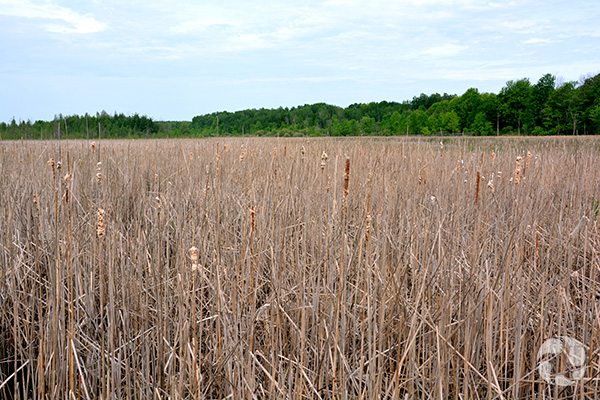 Cattails (Typha latifolia) are common in the open-water areas around the bog. Image: Paul Sokoloff © Canadian Museum of Nature

Thanks to Scott Redhead for identification of the Mitrula, and to Cassie Robillard for her help with (and enthusiasm for) mosses.

This entry was posted in Arctic, Plants and Algae and tagged bog, herbarium, moss, Paul Sokoloff. Bookmark the permalink.

1 Response to Northern Plants in the Capital: Mer Bleue Bog