Posted on November 15, 2017 by Cassandra Robillard

I love talking to the public about mosses and lichens. The two are intricate, fascinating, and underappreciated. But a common question I get is: Wait… what’s the difference between moss and lichen? 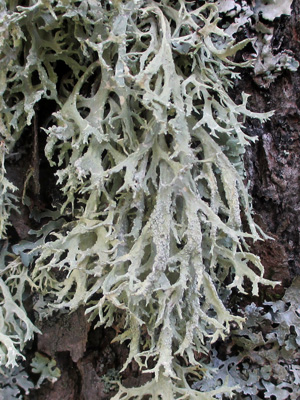 It’s no wonder that people confuse the two groups. Historically, the term “moss” has often also been applied to lichens. After all, they are both small things that grow in shaded places and resemble neither a mushroom nor a vascular plant. They are both also cryptogams, meaning they reproduce without seeds or flowers.

So, what’s the difference? In short, a moss is a simple plant, and a lichen is a fungi-algae sandwich.

Mosses are multicellular organisms with leaflets made of photosynthetic cells, just as with trees, ferns and wildflowers.

But unlike these vascular plants, mosses don’t have specialized tissues that actively transport water and nutrients, such as sap, from the ground to the leaf tips, and vice-versa.

Instead, like a leafy, green sponge, mosses simply absorb water and nutrients. This means they can’t grow too tall or they risk drying out at the top. 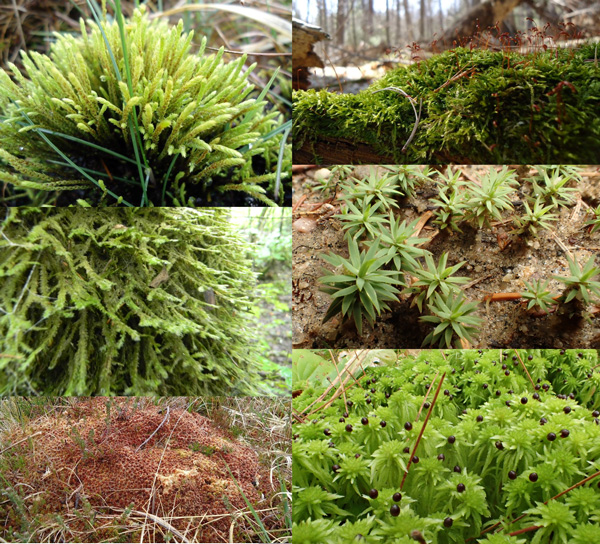 Lichens, conversely, are a mix of at least two different organisms, a fungus and alga, living together as one.

In the simplest case, a fungus surrounds a colony of algae. The algal cells provide food for the fungus via photosynthesis, while the fungal partner protects the algae from drying out and sun damage.

When wet, the algae become visible through the top fungal layer, giving the lichen a green colour that can resemble moss. But when dry, lichens are rarely green, and instead come in many vibrant colours. Lichens also have diverse growth forms, but lack leaves of any kind, which helps to tell them apart from mosses.

(As an aside, liverworts, which are related to mosses, sometimes resemble wet lichens, but never mind that for now!) 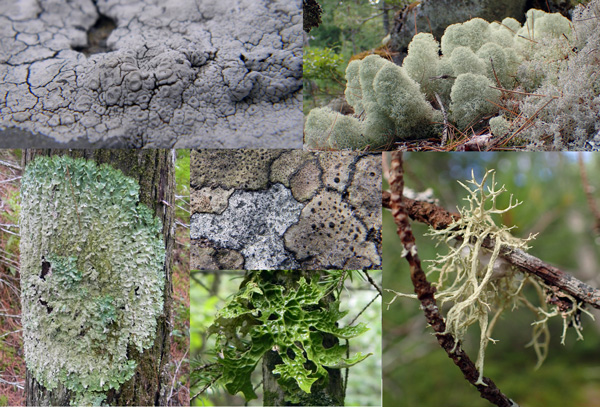 So, do you think you can distinguish a lichen from a moss?

The only way to know is to test yourself and go looking for them in a backyard or park near you! 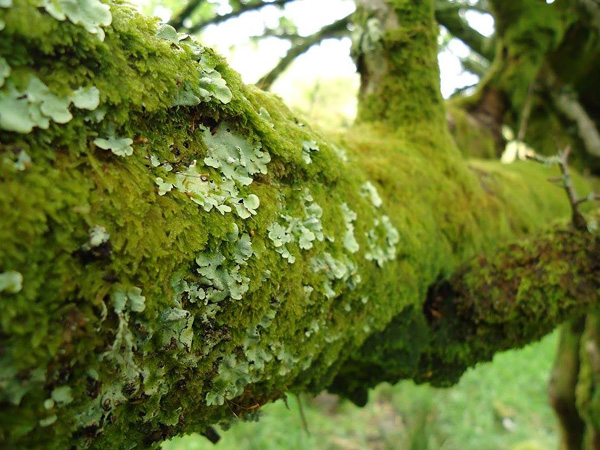 This entry was posted in Botany, Plants and Algae, Uncategorized and tagged botany, Cassandra Robillard, lichens, mosses. Bookmark the permalink.

1 Response to Moss and Lichen: Wait, what’s the difference?